What is Small Cell Lung Cancer?

SCLC is found in fewer than 15 percent of people with lung cancer. As the name suggests, it is defined by smaller size of the cancer cells. It is sometimes called oat cell cancer. Most people who develop SCLC are current or former smokers. About 15 percent of lung cancers in the U.S. are small cell lung cancers.

SCLC tends to grow and spread to the lymph nodes and other organs faster than non-small cell lung cancer (NSCLC). At the time of diagnosis, the cancer usually has spread outside of the lung and is considered a systemic disease. If your cancer spreads to the bone, visit our bone metastases page.

In addition, The American Joint Committee on Cancer TNM staging system may be used to collect information on the tumor (T), the lymph nodes involved (N) and metastasis or how the cancer has spread (M).

Doctors use chemotherapy and radiation to treat limited-stage SCLC. Surgery is seldom used but may be an option when the cancer is found at an early stage.

Doctors use chemotherapy and radiation to treat limited-stage SCLC. Surgery is seldom used but may be an option when the cancer is found at an early stage.

Treatment is likely to include immunotherapy and chemotherapy. They are often given at the same time. Radiation may be used as well.

Learn more about lung cancer treatments and side effects in our Frankly Speaking About Cancer: Treatment for Lung Cancer booklet.

Chemotherapy (also called chemo) uses drugs to attack and kill cancer cells. These drugs attack fast-growing cells like cancer. Most chemotherapy drugs are given by IV (through a vein). Some chemotherapy drugs can be taken orally, as a pill. Because the drugs continue to work for days or weeks after they are taken, a period of rest and recovery follows each dose or cycle. Chemotherapy is given as a single drug or as a combination of drugs. Chemo also may be given at the same time as immunotherapy, radiation, or targeted therapy. Sometimes chemo and radiation are given on different days. The following chemotherapy drugs are used most often to treat non-small cell lung cancer (NSCLC) and small cell lung cancer (SCLC) as of June 2020.

Radiation should be used at the same time as chemotherapy. You may be eligible for prophylactic cranial irradiation (PCI). This form of radiation can keep the cancer from spreading to the brain, a common and serious outcome of SCLC.

Chemoradiation is a combination of chemotherapy and radiation therapy. It can be more effective than either alone in treating limited-stage SCLC.

Immunotherapy is a type of cancer treatment that uses the body’s natural defenses (immune system) to identify, attack, and kill cancer cells.

These are the immunotherapy drugs that are FDA-approved to treat lung cancer as of November 2020. They are all a type of immunotherapy known as checkpoint inhibitors. They are given into a vein through an intravenous (IV) line. You may receive them at your doctor’s office, at an infusion clinic, or as a day patient at a hospital. Which drug you receive will depend on biomarker testing results, overall health status, what you prefer, and your insurance. Ask your health care team if these drugs are an option for you.

New research is looking at other kinds of immunotherapy to treat lung cancer. These include vaccines and cell therapies. Ask your doctor about clinical trials.

We tend to think of immunotherapy as “natural”—as our body’s own defense system. However, immunotherapy can still have side effects. These effects are generally different from those caused by chemotherapy or radiation therapy. In many cases, they are not severe and may be short-lived or easy to manage. Less often, side effects can be very severe and even life-threatening.

Sometimes the side effects do not occur right after treatment is given. They may show up several months later. Little is known at this time about whether there are any long-term side effects. If you are on immunotherapy, it is important to let your health care team know immediately if you notice any change in side effects or symptoms. Most side effects can be managed if they are treated early.

An important step in managing your cancer and its treatment is to be informed. Cancer is a complex and challenging disease that is treated in many different ways.

Maintaining your best possible quality of life is an important goal. Some care you receive may not treat your cancer. Instead, it will address possible symptoms caused by your cancer or side effects from treatment, such as pain. It may help you with social, emotional, or spiritual concerns. This kind of care is called palliative care or supportive care.

Many hospitals offer palliative care at the same time as cancer treatment. It is often provided by a palliative care specialist. This person is a doctor or nurse who focuses on symptoms, side effects, and emotional needs of patients. If you are not referred soon after you learn you have lung cancer, ask to see one.

A lung cancer diagnosis comes with challenges such as: coping with stigma/blame/shame, difficulty breathing, and lung inflammation.

Learn About Coping with Lung Cancer

Lung Cancer: What You Should Know 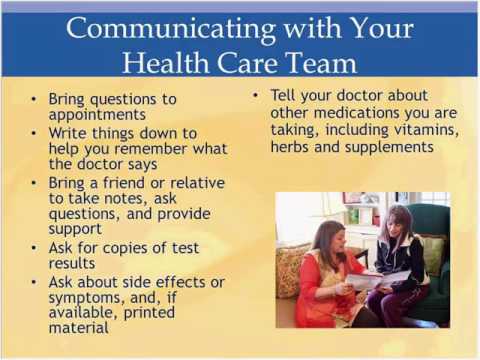 Lung Cancer: What You Should Know 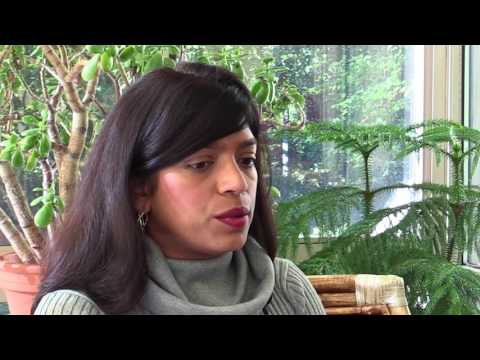 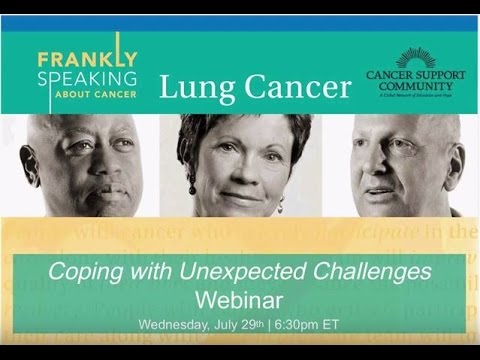 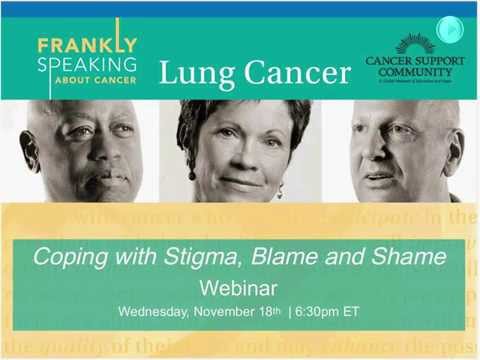 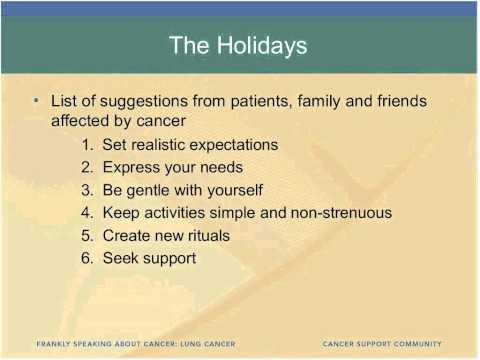 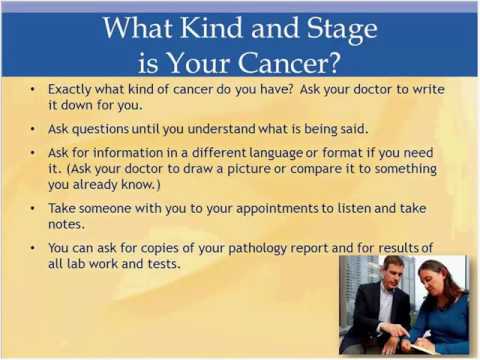 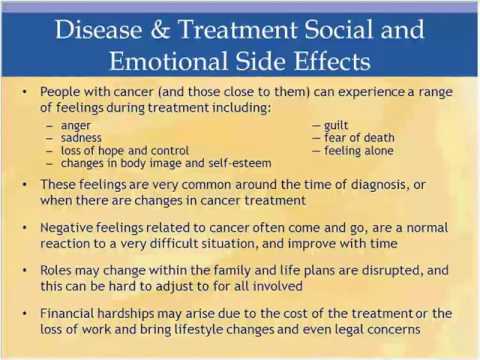 Coping With Anxiety and Depression 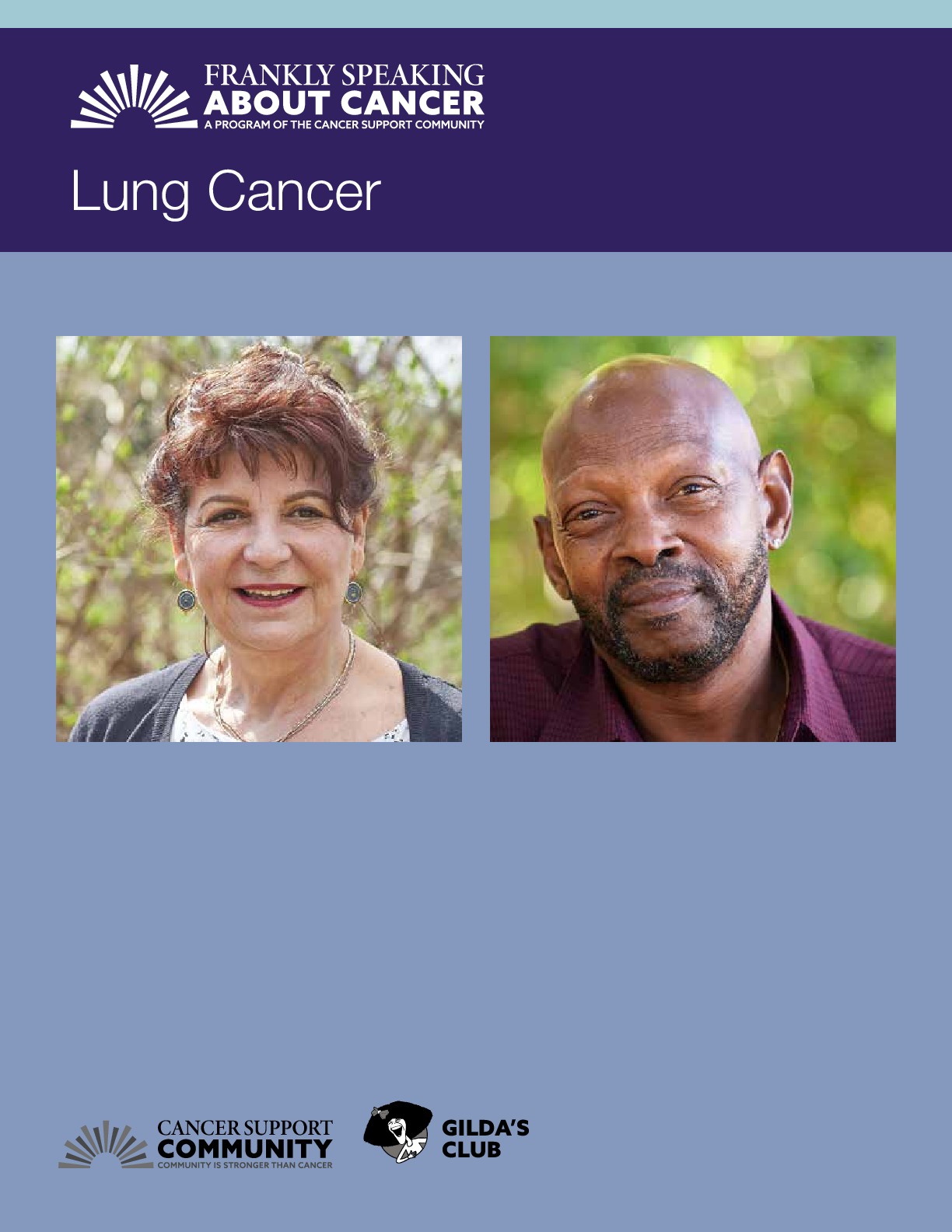 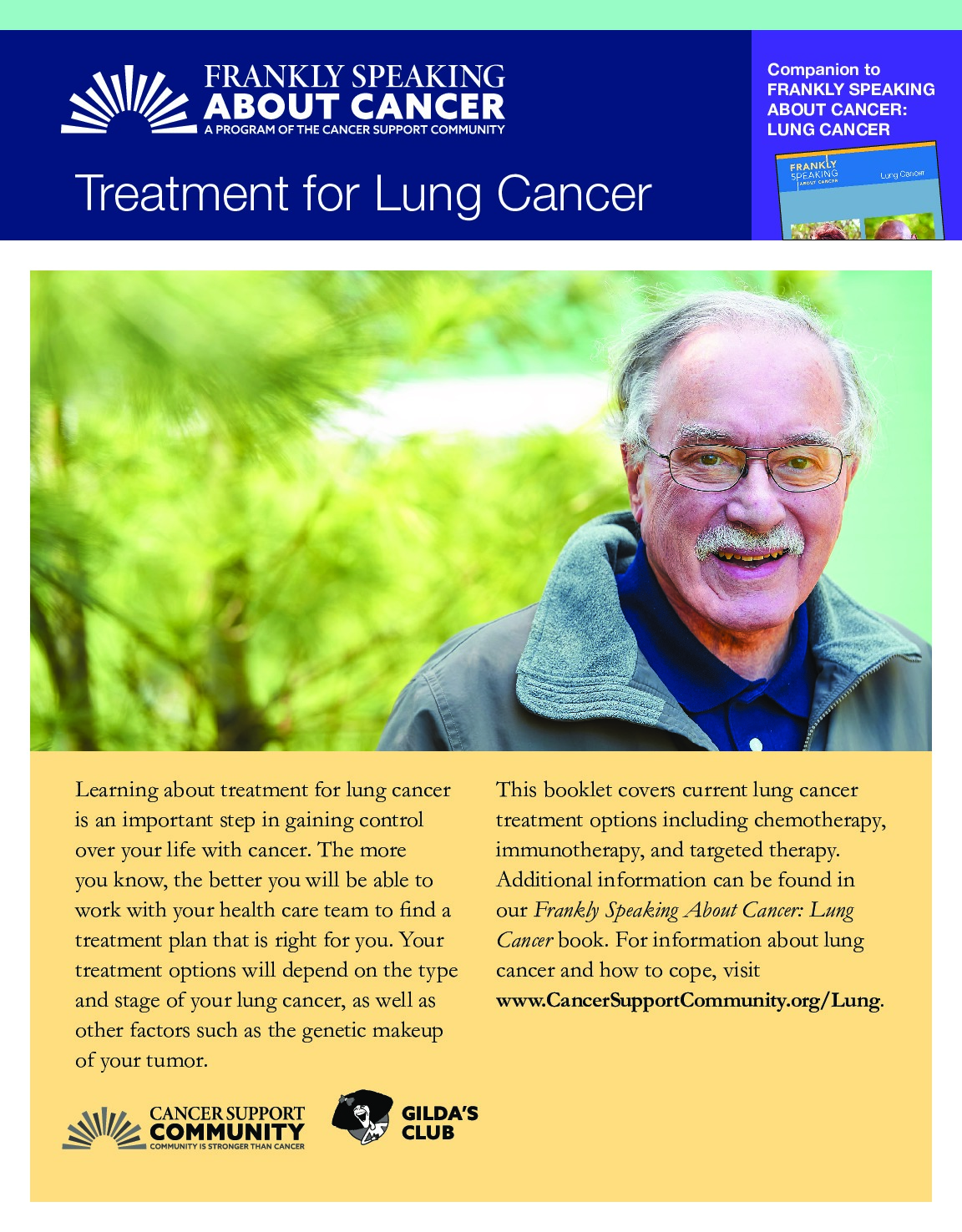 Lung Cancer: What you need to know 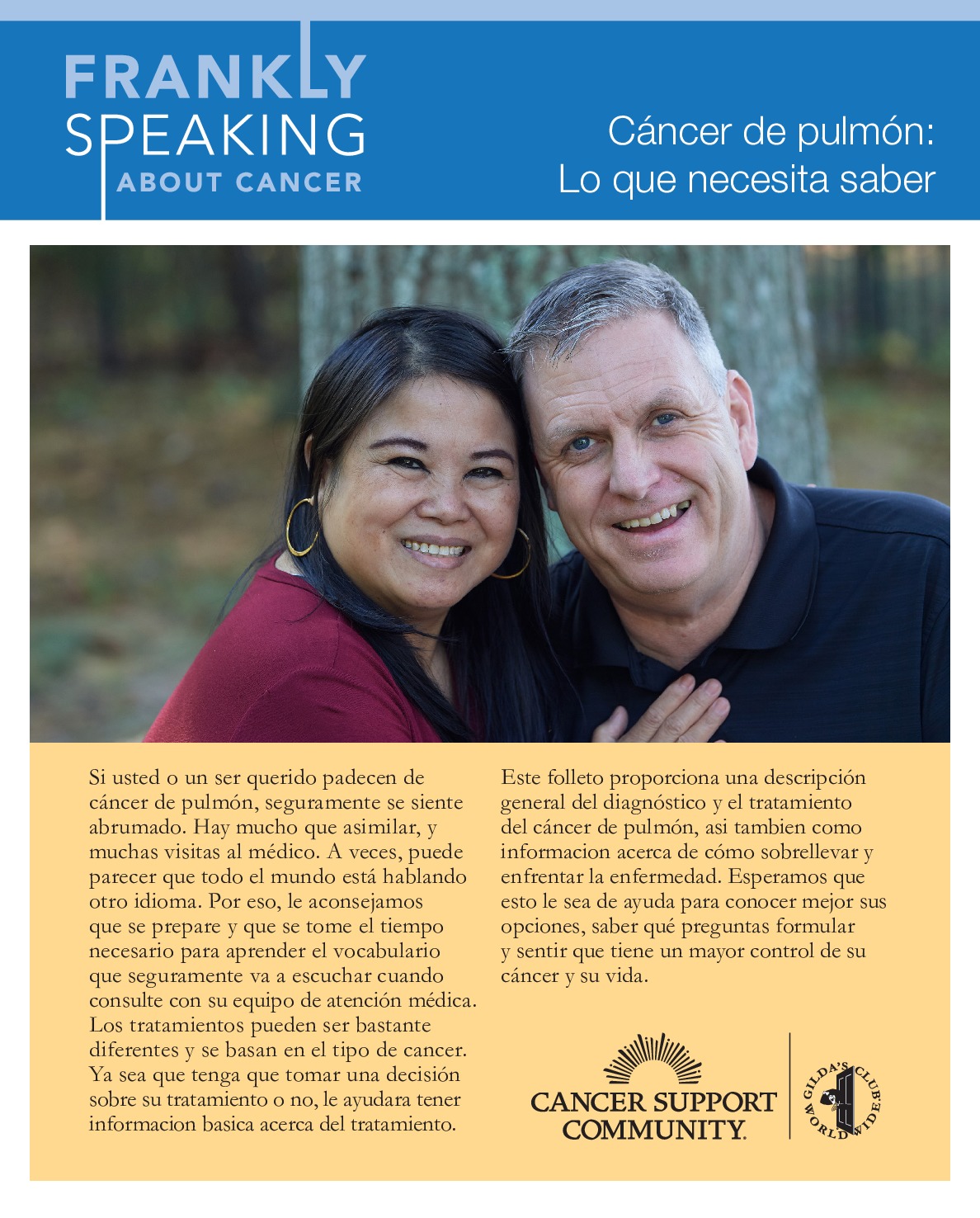 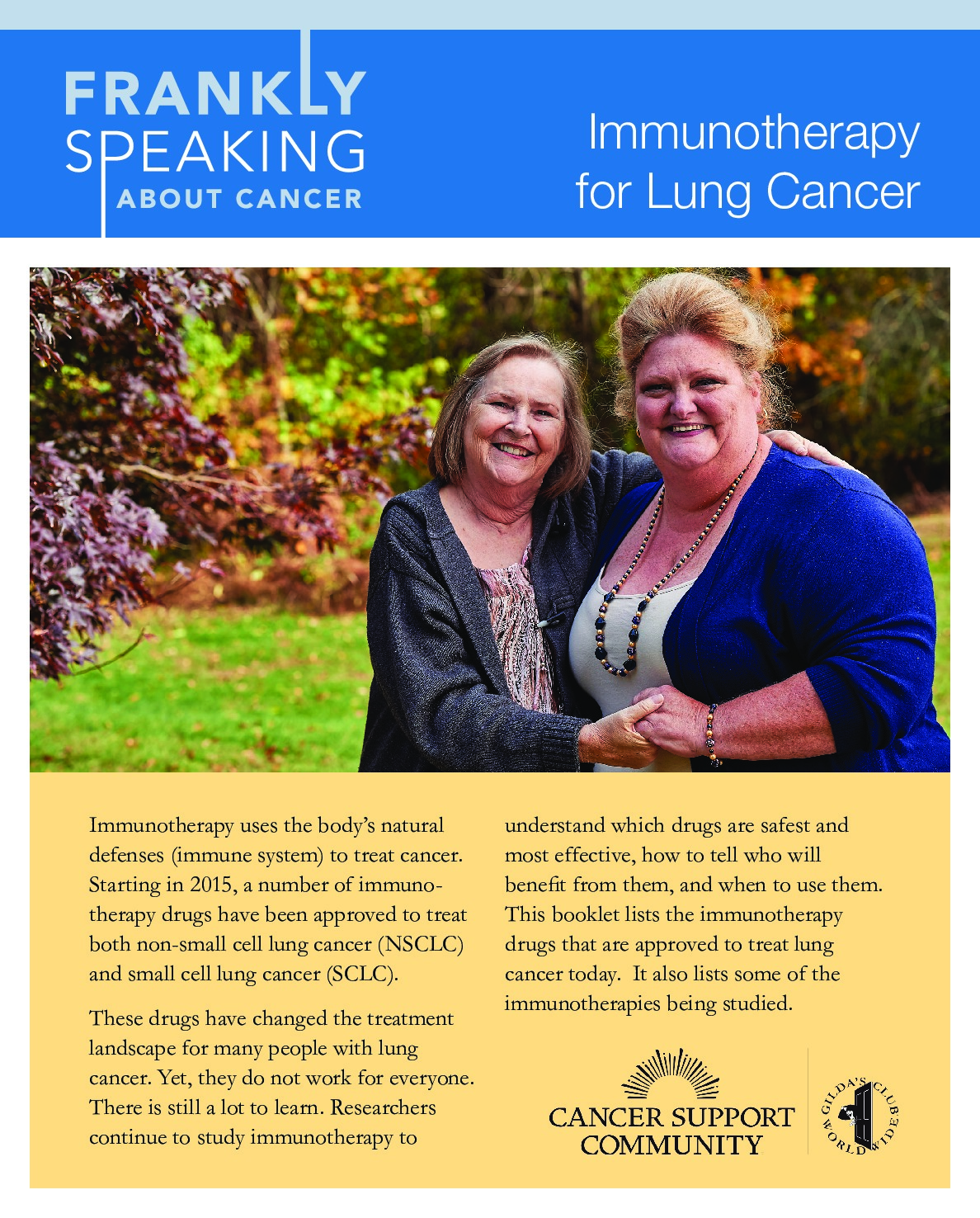 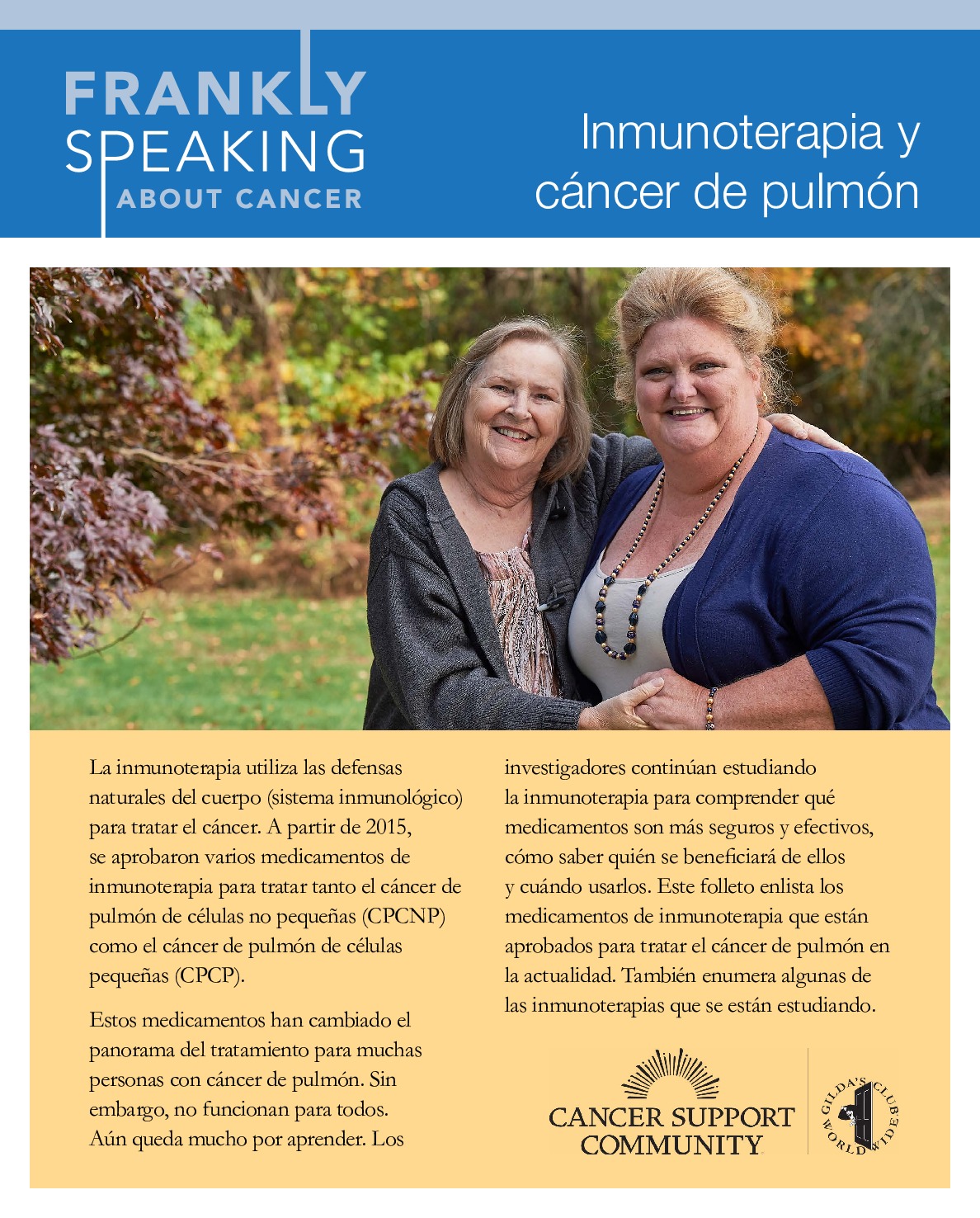 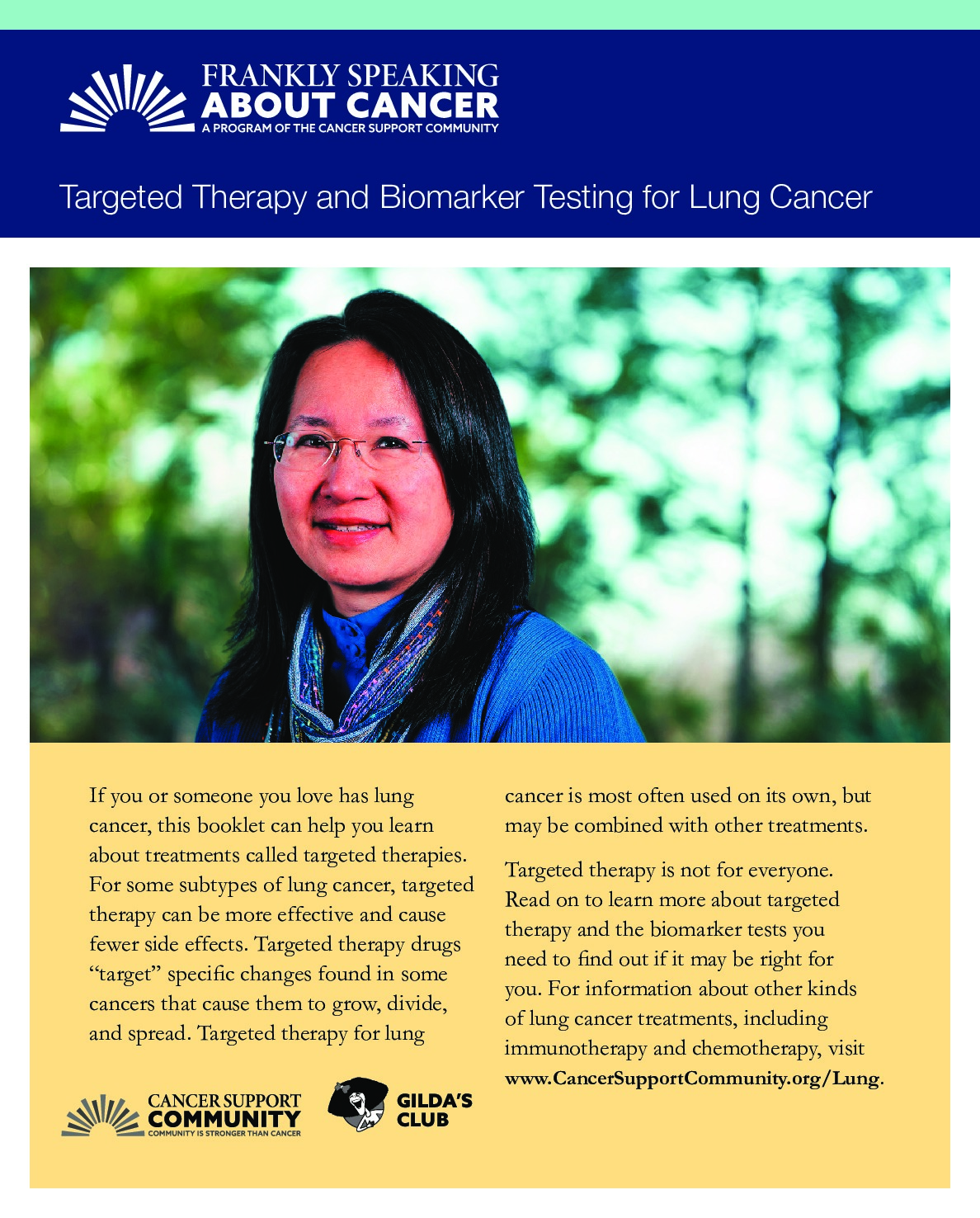 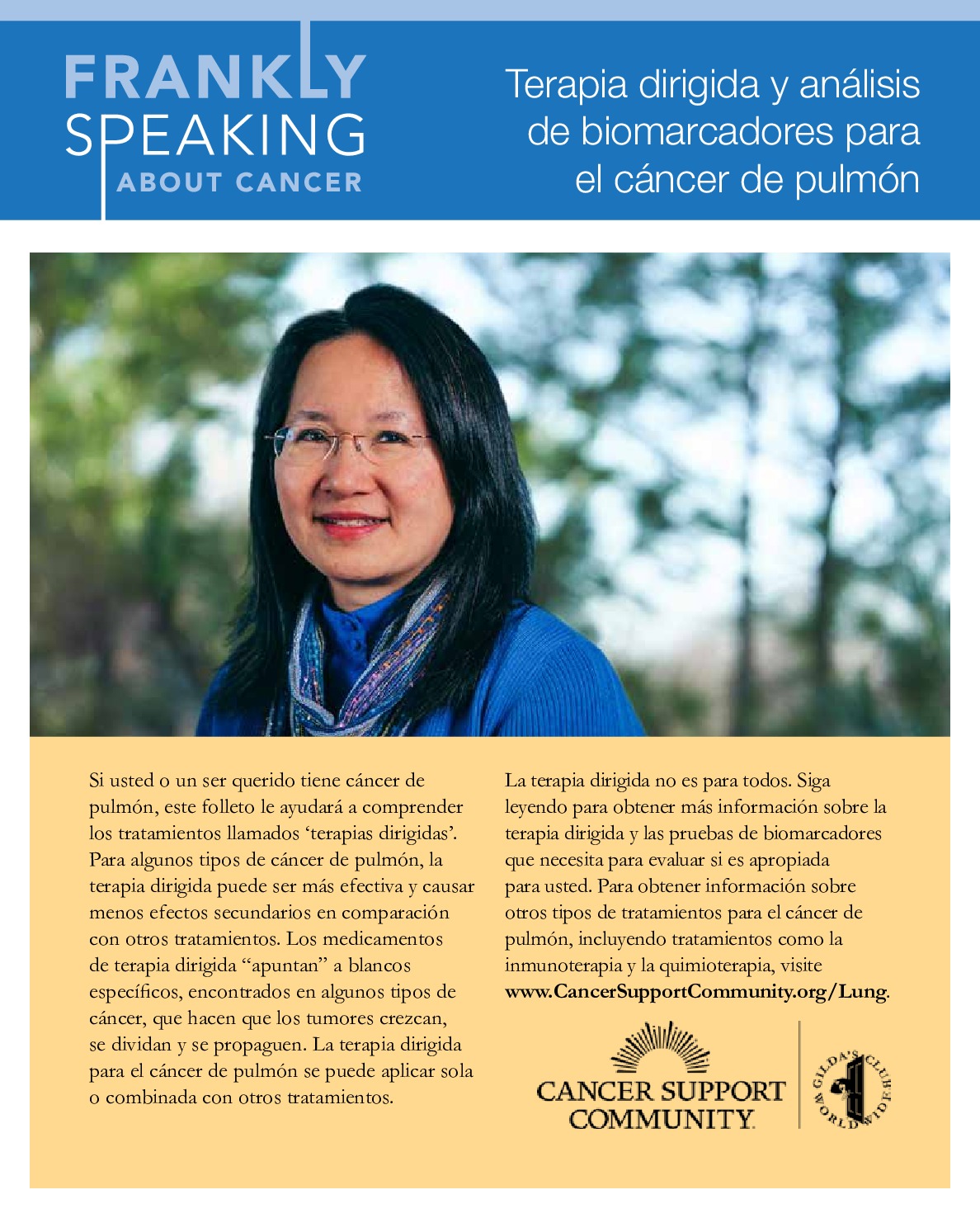 Connect to others with a lung cancer diagnosis on our discussion board.