What are Myeloproliferative Neoplasms (MPNs)?

There are three main types of MPNs:

Certain leukemias, including chronic myelogenous leukemia, are also now considered Myeloproliferative Neoplasms. Although myeloproliferative neoplasms can pose health risks, people with these conditions often live for many years after diagnosis. The choice of treatment and how well it works depends largely on the type of MPN.

10 Tips for Living With MPNs

People living with an MPN share tips on what they have learned from their personal cancer experience that may help others living with the disease. 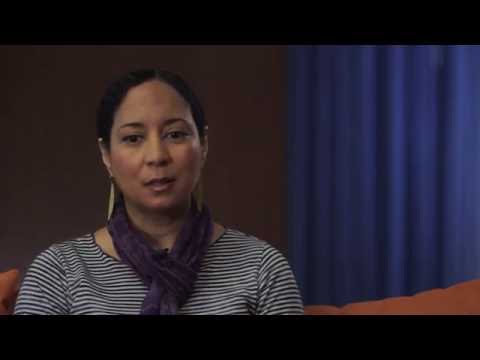 10 Tips for Living With MPNs

People living with an MPN share tips on what they have learned from their personal cancer experience that may help others living with the disease. 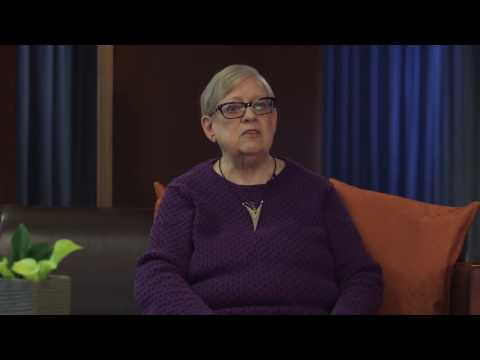 Living With MPNs: Do Your Own Research

The nature of working relationships with health care teams varies, and while it is important to work closely with one's team, personal research is crucial, according to Janet. 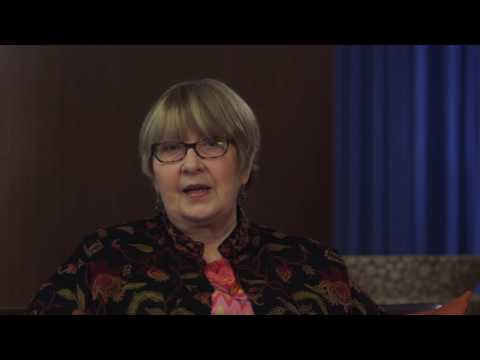 Marilyn talks about the importance of accepting and embracing vulnerability. 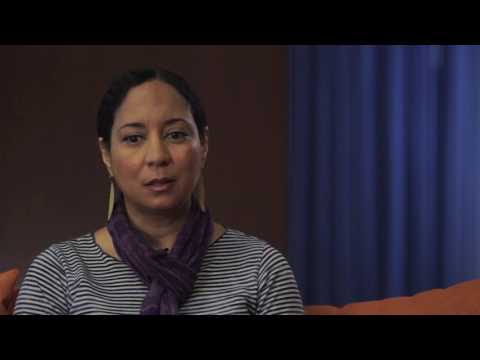 Exercise provides an energy boost — among other benefits — as Serena explains in this video. 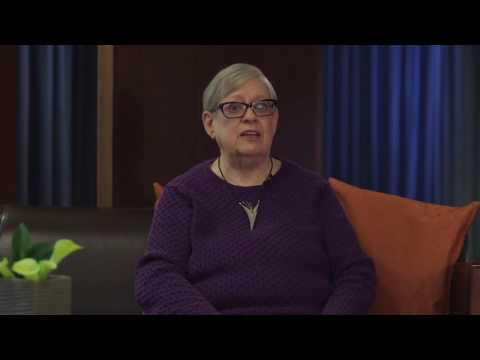 Janet talks about the importance of letting go of life's little inconveniences to manage stress. 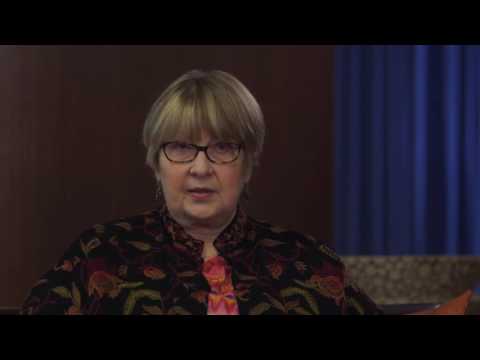 Marilyn discusses the role of emotional support in helping her live well with MPNs.

The causes of polycythemia are largely unknown. It occurs more often in people over 60, and slightly more often in men. In very rare instances, it runs in families. Most people with this disease have an abnormal change in the JAK2 gene. Other genes may be involved as well.

The increase in red blood cells can cause the blood to thicken and clot, causing signs and symptoms of polycythemia vera. In early stages, patients may have few symptoms. As the disease progresses, the following symptoms may appear:

Diagnosis and Treatment of Polycythemia Vera

Essential thrombocythemia (ET) is a rare type of blood cancer. ET occurs when the body makes too many platelets, the part of the blood needed for clotting. Researchers are still trying to understand the causes of ET. ET is one of three myeloproliferative neoplasms (MPNs). There is no cure for ET but people with the disease often live normal lives.

The causes of essential thrombocythemia are largely unknown. It occurs more often in people over 50, and slightly more often in women. It is usually not passed down through families. Approximately half of people with this disease have an abnormal change in the JAK2 gene. Other genes such as CALR or MPL may be involved as well.

Many people with essential thrombocythemia show minimal signs or symptoms. If signs and symptoms occur, they may include:

Diagnosis and Treatment of Essential Thrombocythemia

Little is known about the causes of primary myelofibrosis. It occurs in both men and women. It is usually diagnosed in people over age 50 but can affect people of any age.

Doctors who study myelofibrosis in a laboratory have found that many people with the disease have a mutation (or change) in certain genes, including JAK2, CALR, or MPL.

Myelofibrosis (MF) often develops slowly. Symptoms may not be seen in the very early stages. The first signs are usually due to an enlarged spleen or related to abnormal blood counts. As cancer develops, your normal blood cells do not function correctly and symptoms appear. Check with your doctor if you are experiencing:

The results of a blood test that suggest a diagnosis of MF often include:

If you have symptoms, you may be referred to a doctor who specializes in blood cancers for further testing of the blood and bone marrow, including:

Complete blood count: a blood test that measures the white blood cells, red blood cells, and platelets in the blood
Ultrasound: uses high-frequency sound waves to look at organs and structures inside the body (including the spleen)
MRI: a scan that uses magnets and radio frequency waves to produce images of the inside of the body
Bone marrow examination: removal of a small amount of your bone and bone marrow for laboratory analysis
Genetic tests: analysis of a sample of your blood or bone marrow tissue to study the genetic make-up
If these tests confirm a diagnosis of myelofibrosis, you will continue to see a hematologist/oncologist, the doctor who treats blood cancers.

Myelofibrosis is not usually curable so it is important to think about how your life may change. A chronic illness becomes part of who you are and how you live your life. A diagnosis of myelofibrosis may require changes in your routine, how you care for yourself or what you need from others in your life. It does not, however, define you. You are not your disease.

Myelofibrosis Treatment and Side Effects

Talk to a Social Worker

Advocating for yourself is important, but it can also be difficult at times. An oncology social worker can be a useful ally. 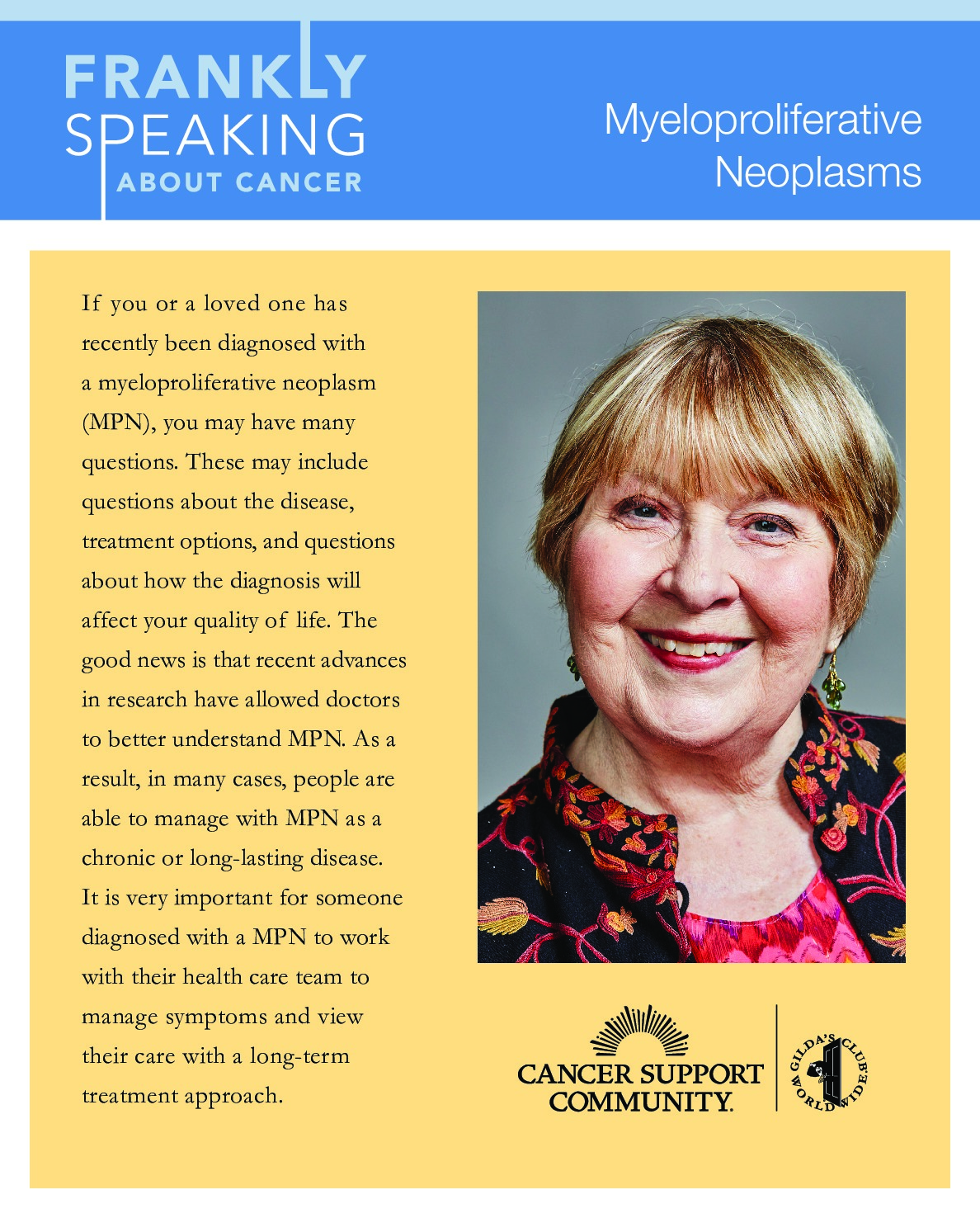 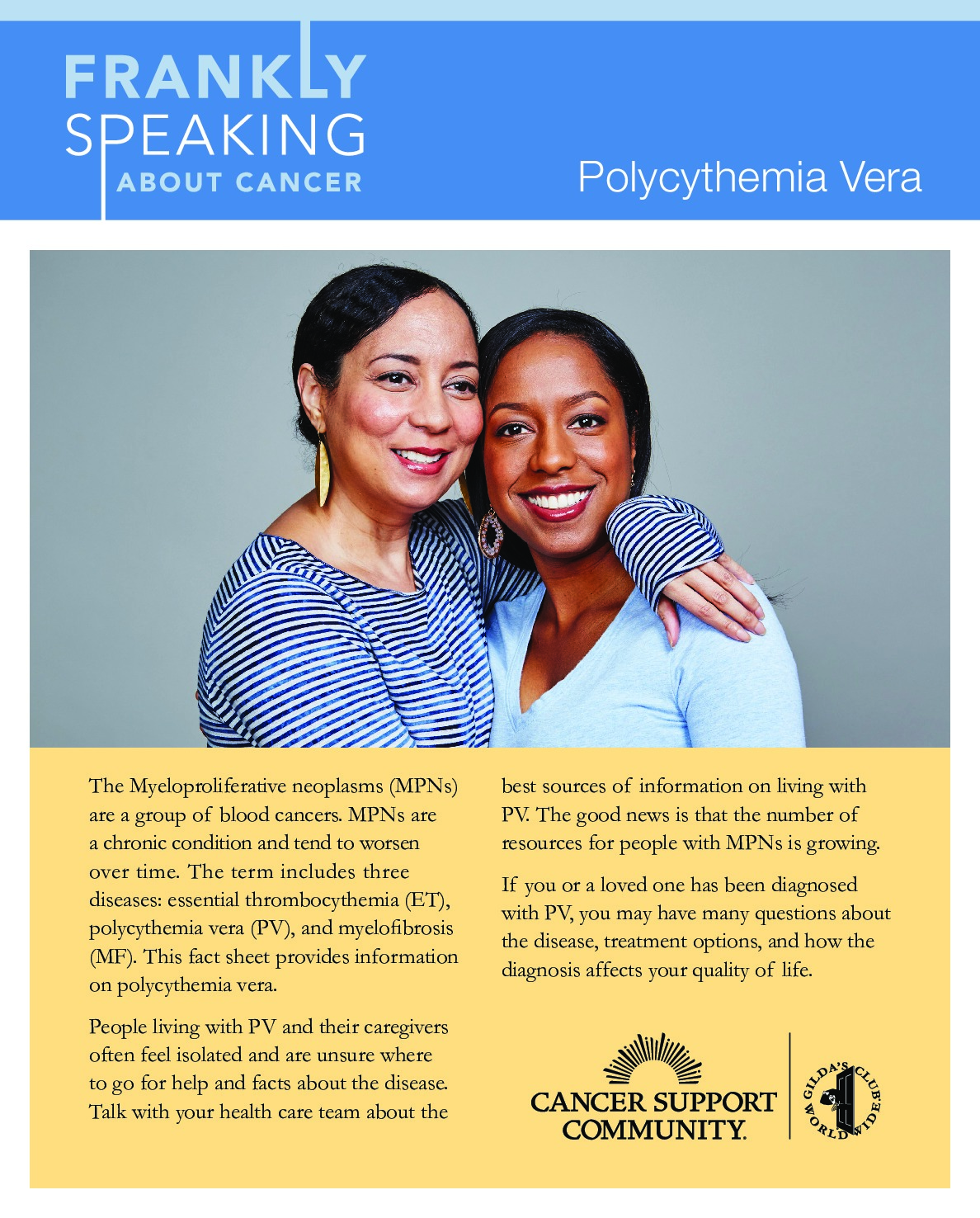 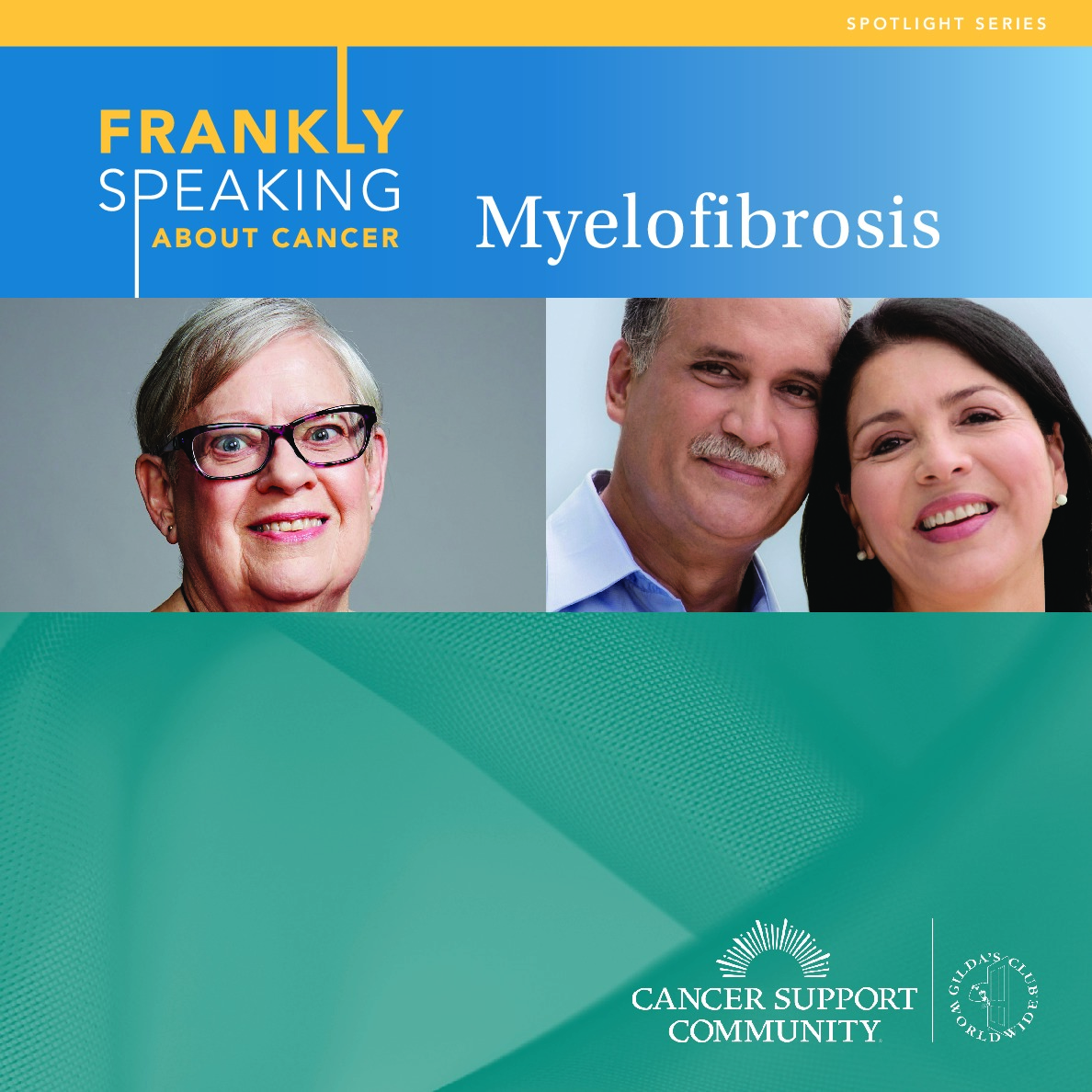 These MPN resources are available in Spanish, Korean, Arabic, Chinese, Russian, and Vietnamese.