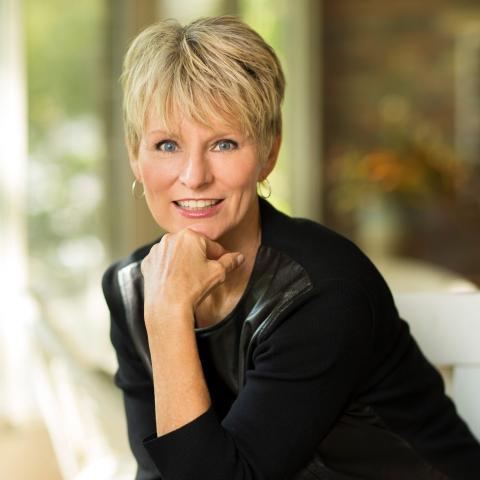 Editor's Note: This is part of our Survivorship series. Please see other posts in this series.

From Shadows to Life chronicles the history of the cancer survivorship movement and the creation of the National Coalition for Cancer Survivorship. In this Q&A, we learn more about Judy’s story, her book, and a grassroots movement that continues to improve life for countless cancer survivors today.

How did you first become interested in the cancer survivorship movement?

I had done extensive research on my rare type of breast cancer and the harsh treatment that was going to save my life. And I had no idea a cancer survivorship movement even existed! All I knew was that no one — including my oncologist — ever told me that I would not go back to being who I was before cancer.

Because of a survivorship nonprofit I started in 2016, I was introduced to Susie Leigh. Susie was one of the founders of the National Coalition for Cancer Survivorship. That random introduction opened the door to the material that became this book.

Fifty years ago, President Richard Nixon declared war on cancer and signed the National Cancer Act. Why then? What impact did it have on the disease, and what did it fail to address?

Prior to the 1970s, only 50% of those diagnosed with cancer survived their disease. And because of the fear that cancer was contagious, survivors lived as pariahs. Both President Kennedy and President Johnson wanted to step up cancer research, but other events interfered — Kennedy’s assassination and, for Johnson, the war in Vietnam.

Then as now, politics and disease make a murky soup. President Nixon’s motivation for declaring war on cancer was reelection. He promised unprecedented amounts of money for research and a cure. That helped win him a second term. But no one ever considered what life would be like for the increasing number of individuals who would survive the disease.

"I had done extensive research on my rare type of breast cancer and the harsh treatment that was going to save my life. And I had no idea a cancer survivorship movement even existed!"

Much of your book is about the creation of the National Coalition for Cancer Survivorship (NCCS). What strides did it make in changing our country’s view of people who had been diagnosed with cancer?

First and foremost, the NCCS founders created a definition for survivorship. It begins at diagnosis, because that’s when someone begins surviving the disease. And it continues through the balance of life. There is no magic graduation at 3 or 5 years.

In addition, the founders were an extraordinary group of individuals. Their inaugural meeting, held in 1986, was called the Continental Congress of survivorship. They demonstrated the fortitude of our country's early delegates, who represented our colonies during and after the American Revolution. The NCCS founders all had a connection to cancer. They brought together their vast expertise to shine a light on the growing number of people who were living in the shadows as cancer survivors.

It's also worth mentioning that Dr. Harold Benjamin attended the founding meeting of NCCS. Dr. Benjamin was also the founder of The Wellness Community, a network of cancer support centers offering free social and emotional support to cancer patients and their loved ones. In 2009, The Wellness Community and Gilda’s Club Worldwide joined to become the Cancer Support Community.

What more concrete things has NCCS done to help people diagnosed with cancer?

This could be a very long answer, so I’ll give you the highlights. Remarkably, until nearly the turn of the 21st century, survivors were discriminated against on all fronts. They could lose their jobs and their insurance for disclosing a cancer diagnosis. They couldn’t join the military or adopt children. Childhood survivors couldn’t find college roommates. NCCS’s early focus was on combatting this discrimination, from the halls of Congress to the bridge clubs and golf courses of small-town America.

They fought to improve healthcare, during and after cancer treatment, helping with the troubling side effects I mentioned earlier. And, like the canaries in the coal mine, all of the survivors’ experiences have helped inform current treatment modalities. Doctors have learned that less is often more, and that quality of life far outweighs quantity of life.

"If living is the whole point of cancer treatment, that’s where our focus needs to be, whether we’ve been told we have no evidence of disease, or that we must live with our cancer."

Twelve years after its inception, NCCS led a march on Washington, D.C., of more than 200,000 people. Can you set the scene for us?

Picture the iconic scene from the movie Forrest Gump, where Jenny comes running into the reflecting pool. Imagine all those people lining both sides of the pool. The march area actually spread further than the length of that reflecting pool, and there were far more in attendance.

The assembly was from 3rd Street (practically at Congress’s front door) and spread for more than half a mile. In 86-degree heat, with 90% humidity, the throngs were made up of individuals, couples and families, and small groups. They were, in turn, joined by busloads, while march events occurred across the country. Speakers on the main stage included celebrities, sports stars, a queen, and a vice president.

What I would have given to have been there. But in 1998, cancer wasn’t on my radar.

What work still needs to be done in the area of cancer survivorship?

First the facts. The greatest risk factor for cancer is aging, and we humans are living longer. Therefore, 1 in 3 woman and 1 in 2 men living today have either already been diagnosed or will be in their lifetime. Cancer survivors now number 17 million in the United States.

When we’re diagnosed, we spend a period of time in a frenetic stage of diagnostics and treatment. But hopefully, that’s just a small blip on the timeline of one’s life. It’s true that cancer doesn’t end when treatment does. However, if living is the whole point of cancer treatment, that’s where our focus needs to be, whether we’ve been told we have no evidence of disease, or that we must live with our cancer.

And that, in turn, is the fuel for the cancer survivorship movement. How can we live our best lives and help other survivors do the same? How can we continue as contributing members of society? How can we guide those in the medical community as well as future survivors? We are now the movement: survivors, caregivers, and medical professionals. It is up to us to power the movement forward.

In 2014, Judy was honored by the American Association of Cancer Research for her work in survivorship. Learn more about Judy and her new book, From Shadows to Life.

Share your stories and ideas and meet others like you. Join our discussion board for post-treatment survivors.

Help us understand the full impact of your cancer journey. Join the Cancer Experience Registry.