Diffuse large B cell lymphoma (DLBCL) is the most common form of non-Hodgkin lymphoma (NHL). NHL describes a group of blood cancers that develop in the white blood cells (leukocytes). DLBCL accounts for around one-third of NHL cases, mostly in older adults. The average age at diagnosis is mid-60s to 70 years old. In rare cases, DLBCL occurs in children and younger adults.

DLBCL usually begins as a mass or tumor in a lymph node. It can start in many different places in the body. It is considered an aggressive form of lymphoma meaning that it grows fast. Even so, treatment is often effective, and some patients are cured. 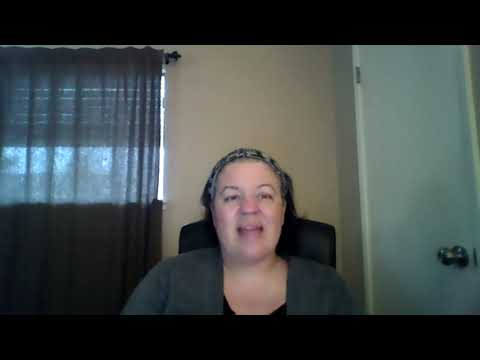 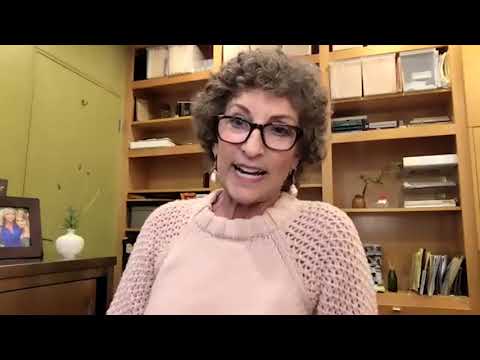 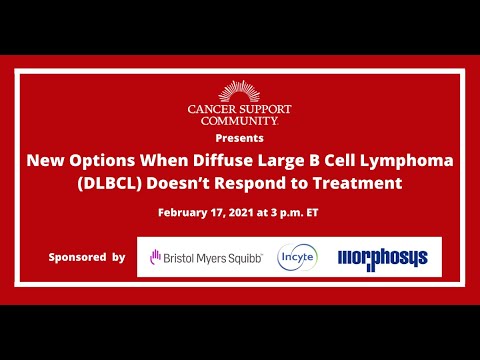 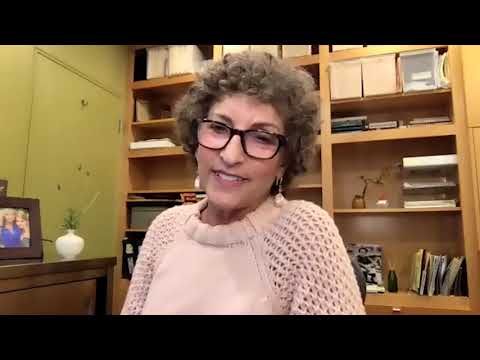 Lisa and Dana, diffuse b-call (DLBCL) survivors, give their advice as patients working with their care teams, support from caregivers, and coping with uncertainty.

Connect with others like you on our Living With DLBCL discussion board. Exchange stories and information, and find support and inspiration.

Join Our Discussion Board Now

Within DLBCL, there are many rare subtypes, including:

Risk factors are things that can increase the chance of developing a disease. Certain cancer risk factors, such as smoking, can be changed.

The risk factors for DLBCL are similar to those for other NHLs:

Lymphoma can be hard to diagnose. A complete diagnosis often takes more than one doctor’s visit. It may involve a physical exam, blood tests, scans, and a biopsy. These tests will confirm the exact type and stage of disease. Your health care team will first determine if you have lymphoma, then if it is DLBCL.

A biopsy will be needed to confirm that you have DLBCL. In a biopsy, tissue is removed and sent to a lab for study. Doctors diagnose NHL based on: (1) how the cells look under a microscope, (2) any genetic changes in the lymphoma cells, and (3) the presence of certain markers on the surface of the cells. In DLBCL, the cells are large and spread apart. Around 5% of DLBCLs are “double hit.” This means that two genes (MYC, BCL2, or BCL6) in the cell have switched places. Triple hit, which is even rarer, involves all three genes.

Two kinds of biopsies are used to diagnose NHL and, as such, DLBCL:

If a biopsy confirms a DLBCL diagnosis, your doctor may recommend more tests to find out how far the disease has spread. These other tests could include a chest x-ray, CT scan, MRI, PET scan, or blood tests.

After confirming a DLBCL diagnosis, the doctor needs to know the stage, or extent, of the disease to plan the best treatment. Staging is used to find out whether the cancer has spread, and if so, to which parts of the body.

Doctors use the Lugano Staging System to describe NHL. It is based on a similar system called Ann Arbor. Stages are assigned Roman numerals I-IV (1-4). A higher number means the disease is more advanced. Letters are added to the stages to provide more information. Although most lymphomas are stage III or IV when diagnosed, they are often treatable and possibly curable.

Cancer is found in only one lymph node area or organ in the lymph system, such as the thymus gland (I).  The letters IE (extranodal) are used when the cancer is in one area of an organ outside the lymph system (e.g., lung, liver, bone, etc.).

Cancer is found in two or more lymph node areas on the same side of the diaphragm. The diaphragm is the muscle below the lungs. It separates the chest and abdomen. Doctors use it as a dividing line when they stage lymphoma. When the cancer has spread to a nearby organ, it is considered IIE.

Cancer is found in lymph nodes on both sides of the diaphragm (above and below it) (III). It has also spread to nearby organs (IIIE), the spleen (IIIS), or both (IIIES).

The cancer has spread to one or more organs outside of the lymph system. For example it may have spread to the liver, bone marrow, or lung.

These letters may be added to the stage number to provide more information:

Added if the B symptoms (listed below) are not present.

Added if these symptoms are present: a loss of more than 10% of body weight over six months (without dieting or a lot of exercise), a fever of at least 100.4°F (38 degrees Celsius) without a known cause, or drenching night sweats.

Added if DLBCL has affected an organ outside of the lymph system.

Added when DLBCL affects the spleen.

Used when tumors are at least 10 centimeters (around 4 inches), which may require more intense treatment.

Doctors also use the revised International Prognostic Index (R-IPI) score to describe DLBCL. This score is based on five factors. Taken together, these factors help doctors estimate a patient’s prognosis—how they will respond to treatment. Points are assigned for each item. The total number of points helps predict the risk of disease relapse.

​​​​​DLBCL is an aggressive or fast-growing cancer so it usually needs to be treated right away. Treatment is often effective, and some patients are considered cured.

Your doctor will recommend treatment options based on the stage of the DLBCL, your overall health, and your treatment preferences. The most common treatment involves chemotherapy combined with immunotherapy.

Chemotherapy uses drugs to destroy cancer cells. It is a systemic (whole body) treatment. This means it can destroy cancer cells almost anywhere in your body. It may be given by IV (through a vein), in pill form (by mouth), as an injection (a shot), applied directly on the skin into the area around the tumor, or placed directly into the tumor site. Most often, chemo is given in an outpatient clinic. You will have a regular schedule of treatments for a set period of time.

Chemotherapy is most effective against fast growing cells, like cancer. But some healthy, normal cells may also be damaged by this treatment. The side effects will vary depending on the drug(s) you take, the dose of your drugs, and how often you get treatments. Common side effects include mouth sores, fatigue, hair loss, nausea, “chemo brain,” and low blood cell or platelet counts.

A common chemotherapy combination for DLBCL is called CHOP. It includes four drugs given at once. They are cyclophosphamide (Cytoxan®), doxorubicin (hydroxydoxorubicin), vincristine (Oncovin®), and prednisone.

CHOP is often given with an immunotherapy drug called rituximab (Rituxan® and its biosimilars [link to biosimilar landing page] RiabniTM, RuxienceTM, & Truxima©). See our Immunotherapy section (below) for more information on rituximab. Doctors call this drug combination R-CHOP. It is an effective treatment for many DLBCLs.

Rituxan may be given in shot form with hyaluronidase (Rituxan Hycela). It is s a five- to seven-minute injection. This treatment is combined with chemotherapy.

New drugs are being tested in clinical trials. Talk with your doctor about your options.

Side effects are mainly due to the chemotherapy. They can include nausea, vomiting, diarrhea, mucositis (painful mouth sores), and fatigue. Doctors monitor patients closely to watch for serious side effects such as very low blood counts and hard-to-treat infections.

Immunotherapy uses the body’s natural defenses (the immune system) to find, attack, and kill cancer cells. Common side effects include fatigue, skin problems, or muscle or joint pain. Most side effects can be treated early and are easy to manage. Less often, side effects can be severe and even life-threatening.

One type of immunotherapy, monoclonal antibodies, may be used in combination with chemotherapy to treat DLBCL:

Rituximab (Rituxan®) and its biosimilars rituximab-arrx (RiabniTM), rituximab-pvvr (RuxienceTM), & rituximab-abbs (Truxima©) are used most often. Rituximab targets and binds to a marker (CD20) on the outside of the B-cells. This helps your immune system find and attack the cancer.  Other drugs that target CD20 are obinutuzumab (Gazyva©) and ofatumumab (Arzerra©). They are sometimes used to treat DLBCL.

Another drug in this category that instead targets CD19 may be used when stem cell transplant is not possible. It is called tafasitamab-cxix (Monjuvi©).

When cancer returns (relapses) or does not respond to other treatments (is refractory), these immunotherapies may be used:

Other options may be available through clinical trials.

Common side effects include skin problems (rash, dry skin, itching), fatigue, or a flu-like reaction with fever, chills, and diarrhea.

Targeted drugs are used to treat DLBCL that does not respond to other treatments. They include:

Other targeted therapies that may be used to treat DLBCL include:

Still other targeted therapies may be available through clinical trials.

Radiation therapy is the use of high-energy rays to kill or damage cancer cells. It is given before, during, or after other treatments. The goal is to damage as many cancer cells as possible without harming healthy tissue. To lessen damage, doses are very precise, and treatment is often spaced out.

Common side effects include nausea, fatigue, and skin changes, such as redness, dryness, or itching at the site of treatment. Other side effects are specific to the part of the body being treated. Side effects can last after treatment is done.

Radiation therapy for DLBCL uses a focused beam of radiation from a machine outside of the body. External beam radiation is a painless procedure. It may be used after drug therapy or a stem cell transplant.

Coping with Side Effects

​​​​​It helps to learn more about the side effects of treatment before you begin so you will know what to expect. When you know more, you can work with your health care team to manage your quality of life during and after treatment.

There are many drugs available to treat the side effects of cancer treatment. Everyone reacts differently to treatment and experiences side effects differently. Talk to your health care team about your side effects so they can help you feel better. Your doctor may discuss options such as lowering the dose of your treatment if side effects persist and are not easy to manage. You may want to consult a palliative and supportive care specialist.

The following are common side effects: Whether you have decisions to make about treatments or not, knowing what to expect with this diagnosis can help. This booklet gives an overview of a DLBCL diagnosis, treatment, and how to cope. Preparing for Your Doctor's Visit: A Worksheet for Relapsed/Refractory DLBCL